God bless ya ‘all, hope you have a great holiday season.

Be Sure Your Sin Will Find You Out – Dr Jack Hyles

Be Sure Your Sins Will Find You Out – Dr Jack Hyles

Most preachers with evangelistic fervor have preached from this text. The normal interpretation is that overt sins will be found out and that the day will come when sins will be uncovered.

This is a Bible truth, but not the primary teaching of this passage. The Isrealites were about to cross over Jordan and enter into the Promised Land. The tribes of Rueben and Gad came to Moses and asked special permission. They asked if they could stay on the east side of the Jordan where the land was fertile and was very suitable for the cattle and sheep possessed by these two tribes. They said, “Bring us not over Jordan.”

Moses realizing that God had commanded them to drive out the enemy from Canaan refused to grant this permission. He said, “Shall your brethren go to war and ye sit here?” He would not let them avoid the battles on the west aside of the Jordan in order to enjoy the luxury of the fertile land on the east side of the Jordan.

The problem was resolved by the men agreeing to cross over Jordan and fight. They would build sheepfolds for their cattle and cities for their families. The wives, children and cattle would remain on the east side of the Jordan while the men crossed the Jordan to fight the battle. The agreement was that when the battle was over the men would return to their families and cattle. Moses accepted this plan but warned them that if they did not go forth to battle, if they did not cross the Jordan River, if they did not fight, God would punish them. He said, “Be sure your sin will find you out.”

Some of the members of the tribes of Gad and Rueben are still alive today. In fact, America is full of these loafers who say, “We are tired of fighting. Let us relive our victories in the wilderness. It is time for us to rest and enjoy the fertile plains on the east side of the Jordan.” Oh, these people still go to church. They just don’t want to fight. To be sure, on Sunday they must be fed. They want sermons to feed their souls. They eat the fat and drink the sweet. They crowd the table for the best wine. They tuck their spiritual napkins around their necks and say, “Feed me, Pastor! Feed me! Feed me!” but they do not want to fight. The battle rages on the other side of the Jordan and while the fighting is going on they want to stay on the east side and “feed the sheep.” They love their conferences, their worship services, their sevenfold amen and their anthems. They even love their Bible studies and deeper-life conferences, yet they never turn a hand to do anything in the battle. They gird no armor, grasp no sword, hurl no spear, throw no stones, shed no blood, render no sweat and weep no tears.

This crowd of deserters often know much about the Bible. They often know truths that God doesn’t even know, and they find things in the Bible that God didn’t put there. They can tell you all the types concerning what the beasts stand for; they can tell you the symbolic meanings of the leg on the beast, the foot on the leg, the toe on the foot, the nail on the toe and the polish on the nail. They want victories with no battles and crucifixion with no pain.

One of these AWOL’s came to me in Toccoa, Georgia, one time, looked at me through spooky eyes and said, “Dr. Hyles, you strike me as being a very deep Bible teacher. Do you know what the horse’ in Revelation 19 stands for?” I said, “Yes, I do.” She excitedly asked, “What?” I replied, “A horse.” She looked through dejected eyes and said, “It mentions that the horse is a white horse. Do you know what the spiritual significance of that color white is?” I replied, “Yes.” She excitedly said, ” I knew you would! I knew you would! I knew you would! What does the word ‘white’ mean?” I replied, “That’s the color of the horse.” All across America these loafers are causing trouble in soul-winning churches. Practically every faithful, soul-winning, Bible preacher is hounded by these hoards. They gravitate to committees and shun soul winning as though it were a plague. If a preacher fights sin, he is a legalist. If he leads as Moses did, he is a dictator. If he loves souls, he is shallow. If he has zeal, he possesses wild fire.

These Monday-morning quarterbacks never make a tackle, never complete a pass, never kick a field goal, never block a kick, never make a first down and never win a game. They simply sit in the stands and cheer those who run off sides, are guilty of unnecessary roughness and boo the one who makes the touchdown. These modern Korahs would think the parting of the Red Sea too spectacular. They would have the sensationalism of Joshua making the sun stand still. They would suggest that the feeding of the 5,000 was carnal and certainly would classify Pentecost as an emotional experience not worthy of the morning worship service. These Diotrophes grow nurseries of weeds, sow spiritual crab grass in the aisles of all the soul-winning churches in America. They are watch-gazers during the invitation. They are notoriously against the bus ministry. They oppose being scattered abroad everywhere, and if 3,000 got saved today, it would be no Pentecost, it would be a holocaust.

They are termites who eat away at the foundations of our churches. They are buzzards circling the field to pull at the carcass of new converts. They; are parasites who live on other’s toil. They are polecats who spray their odor on every church member who gets close to them. They are serpents who shoot deadly venom at every soul-winning church and pastor in America and cockroaches who infest every member of the church on whom they can crawl.

Should I be carried to the skies, On flowery beds of ease, While others fight to win the prize, And sail through bloody seas?

No, I must fight if I would gain, Increase my courage, Lord! I’ll bear the toil, endure the pain, Supported by Thy Word.

Ladies and gentlemen, there is a war on! On which side of the Jordan do you dwell? We, like the Isrealites, are to cross the Jordan and fight the battles until the battle is over and we can return to our families and see the face of our Saviour and hear Him say, “Well done.”

Articles, Sermons - Text Comments Off on Be Sure Your Sins Will Find You Out – Dr Jack Hyles 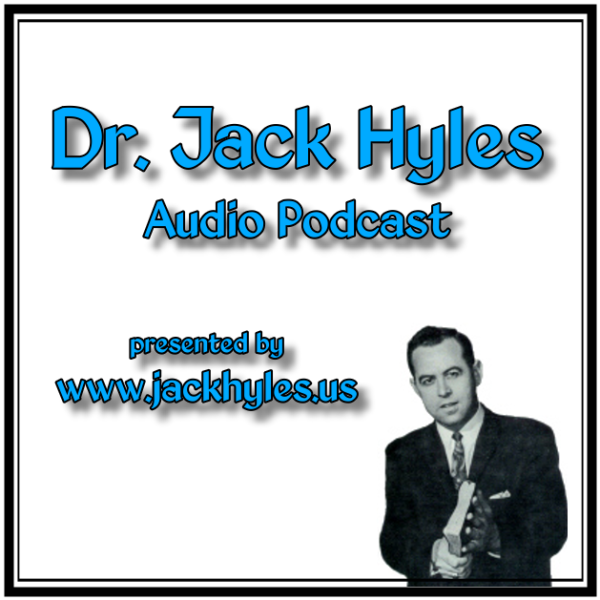 One of the problems of Ezekiel’s day was that the people liked to hear him preach. This is very interesting. There came a day in Ezekiel’s life when the people liked to hear him preach. It wasn’t always that way. In fact, when the Lord called Ezekiel to preach, he said that their words will be like briars and like scorpions and that they shall hiss and wag their heads. But there came a brief period when the people really enjoyed Ezekiel’s preaching. They said, “We like that fellow, he hits hard. We like that stand he takes.” The people were in bondage.

END_OF_DOCUMENT_TOKEN_TO_BE_REPLACED

Articles, Sermons - Text Comments Off on Do – Dr Jack Hyles